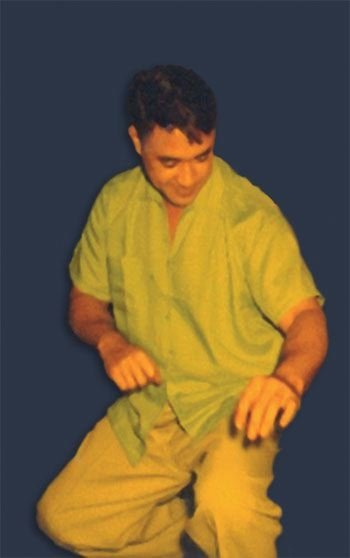 My father was in his twenties when I was born and I guess we grew up together. I don’t want to say he was a crook but he had those tendencies, Both my parents seemed to have a great deal of antipathy for the straight world. My father was never more interesting to our neighbors than when he was arrested for running an illegal gambling operation and it made the front page of our local newspaper. He never served any time. But suddenly neighbors who never spoke to us stopped by and chatted with him when he was working in the yard. Which was rarely. He was a merchant seaman. He was gone a lot but he was also the kind of dad that would think up games to bridge the time we spent apart. He would make treasure maps that we would execute upon his homecoming. He gave me a mirror that we could signal each other as his ship was pulling into or out of the harbor. He brought me presents from overseas, never dolls, but microscopes and slides of different things to look at and encouraged me in science and math with games and records. (To no good end, I was always piss poor at math and had to cut a deal to pass every science class I ever took.) When I was about seven he came home and I was wearing glasses. I thought he’d be pleased but poor eyesight had kept him out of the army and he resented it. The next trip home he brought a book from Japan and taught me eye exercises that postponed my astigmatism for decades. He was always worried for my safety and taught me judo moves to defend myself. He gave me a roll of dimes to hold in my little girl fist to beef up my punch. He taught me to drive when I was about ten, in case of emergency. He was also a volcano head who could turn a sunny day into a hellscape with temper and language. The genesis of his demon was mysterious but I always assumed it had to do with being the youngest and having to go to boarding school. Bobby has found his way into many of my plays as the ubiquitous philosopher psychopath. The cadence of his storytelling is something I still hear in my head when I write anybody or anything. I can’t imagine a better gift. Or a better way of staying in touch.