Rinde Eckert Sings at my home 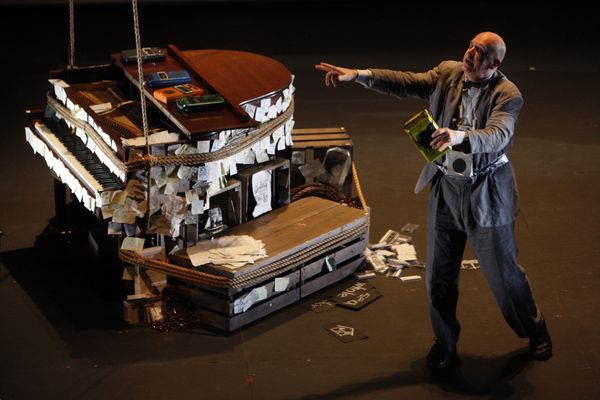 Last week was a big week. On Wednesday the great Rinde Eckert came to sing at my house for one of his house concerts. He is a singer like no other and to have been in a smaller space, as opposed to the big theaters where I’ve seen his work, was mind blowing. That sounds lame but it’s true. There’s something about seeing people doing what they were put on earth to do that’s important, I think, to straighten out or call into question what you’re doing with the time of your life. Then yesterday I saw Hugo Armstrong in a play that ran three hours about the Civil Rights Act and the role LBJ played in bringing it about and it was great and funny and moving. Not only was it a good play but Hugo as LBJ… I’ll just say this, there were long periods where I forgot it was Hugo or that I was in a play but felt like I was witnessing history. Hugo is, once again, an actor like no other and I felt lucky to be alive in that space at that moment. And today… I just feel like last week was important.